Online startups are changing the future of interior design 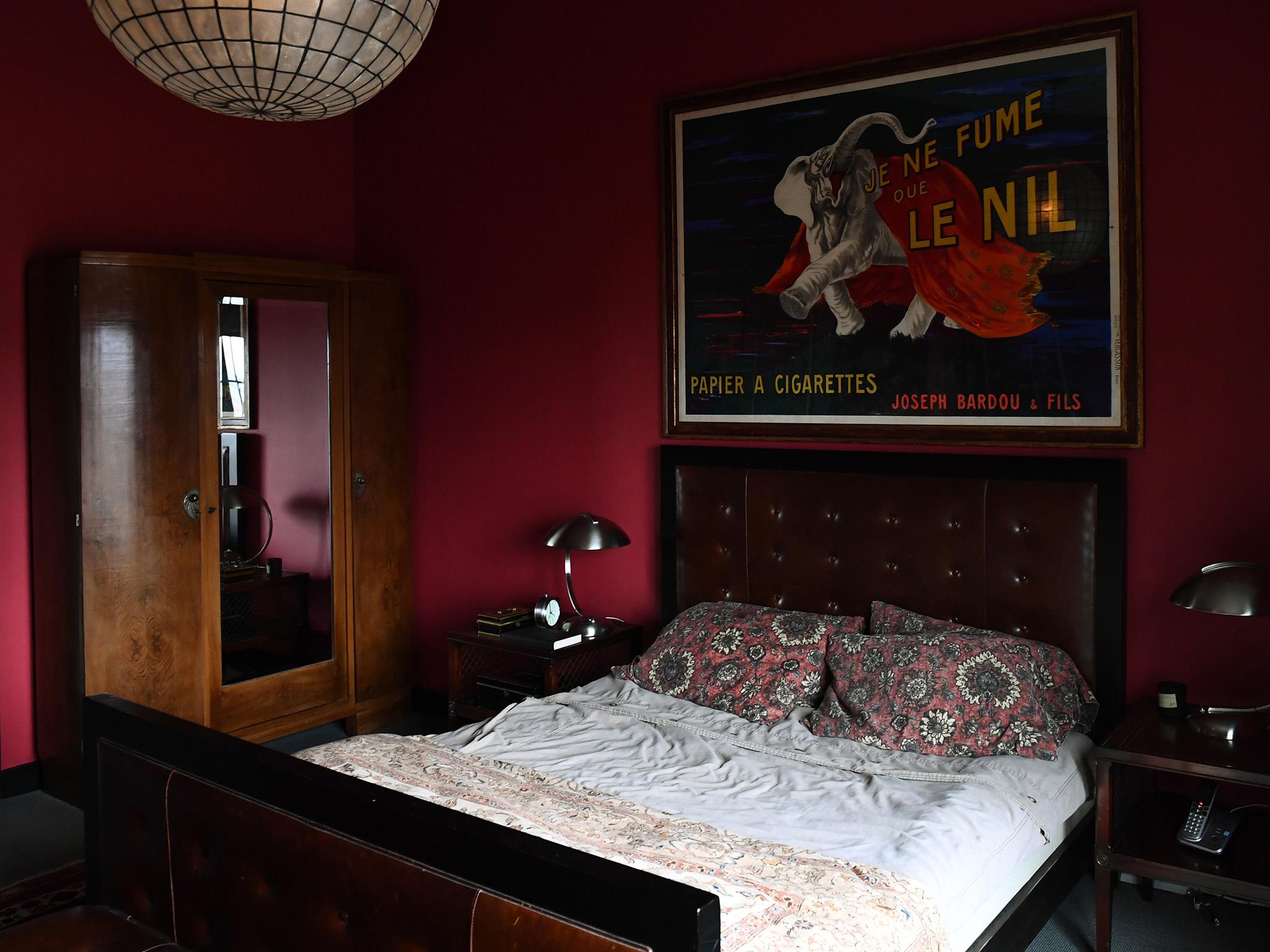 A few years back, the interior design industry was shaken by an internet upstart called Homepolish, which connected style-challenged homeowners with interior designers for a three-hour consultation at a comparative bargain price of $350 (£250), and $130 an hour thereafter. Now, the shaker is getting shaken.

Several interior design startups offer services similar to Homepolish at even lower prices, providing design advice, shopping services and some project management, with fees starting at less than $100 for the whole shebang. One even offers simple consultations – such as, “Should I buy this couch?” – for free.

The catch is that these companies work strictly over the internet. You won’t personally meet the designer who will decorate your home. The design is based entirely on photos, measurements and guidance that you provide online, or in some cases, by phone.

Sharing the full story, not just the headlines

We took a look at the highest-profile services, giving each the same bedroom to redesign, to see what, exactly, clients might expect.

The services all have a few things in common. For one, a quiz. To determine your personal style and to pair you with a simpatico designer, the sites ask you to select from pictures of things such as rooms, furniture and decorative items, pointing out what you like. They then label your style. The quizzes variously determined me to be “traditional”, “eclectic with a touch of glam” and “contemporary”.

The sites ask additional questions about considerations such as budget, which items you want to keep, which you will toss, and whether you need lighting or storage. Are you open to new paint or wallpaper? And what are your design goals?

Each site then pairs you with a designer. Modsy, Laurel and Wolf, and Decorist chose my designer based on my quiz and questionnaire. Havenly narrowed the field to a group of designers categorised by icons indicating their specialities, such as “Colour Connoisseur”, “Pattern Mixologist” or “Couples Therapy”. All of the sites say they vet their designers, but how isn’t clear. Some designers will have academic or industry credentials, such as an American Society of Interior Designers membership, and others just a portfolio.

All of the sites required me to make a rough drawing of the room’s floor plan with measurements, and to take photos of the room and furniture.

Not all of the sites were willing to say how they make money with such low design fees, but the ones who did said it was through a commission on the furniture you buy – just like traditional interior designers. Which explains another thing the sites have in common: after you sign up, they email you mercilessly with offers and encouragement to buy stuff.

When filling out the questionnaires, I set the design goal to refresh a bedroom, keeping the existing wardrobe, poster, rug and curtains. The bed and end tables could go, and I had been experimenting (and failing) with layering tribal rug patterns. I was thinking loosely, not literally, of French Morocco. I set the budget to $10,000.

The designers were faced with a room about 18 by 13 feet, with an 8ft ceiling at the windows that rises to 14 feet by the bedroom doors. Walls are a medium-dark red, with a brown trim so dark it appears black. Large bi-fold closet doors eat up one wall, an art deco armoire fills another, and there is just room for a queen bed and bed stands on the long wall opposite the closet. It would be a challenge.

This site is optimum for people in a hurry. The designers take a room from concept to completed drawings in 10 days, including initial consultation and revisions of what are commonly called “inspiration boards”. Those are a sort of montage drawing with the elements – furniture, fabrics, paint – that go in your new room. It is not a photo-realistic, literal image, like some others offer.

I am assigned to Lexie. As with others, the initial designs include many au courant elements, including an accent wall. I think accenting the oddly sloped wall draws attention to an unfortunate feature. Lexie responds by suggesting a wall colour between kelly and hunter green. With the red in my tribal rug, which I intend to keep, the whole thing appears a bit… Christmassy? The next option is plum walls that will, she suggests, pair well with teal. Having lived through the Miami Vice style craze, I veto the use of pink or teal. I feel uncomfortably fussy, but we end up closer to something I might like.

Decorist seems to do the most to encourage a useful dialogue. After being paired with designer Mikayla, who specialises in “classic design”, I am sent two concepts. One has the ever-popular accent wall in grey, with the rest of the room an off-white. The other has an accent wall of subtly patterned wallpaper. With white furniture, and woven basket accessories, I can see she has taken my thought about French Morocco and run with it, but the result is too much of an Aladdin theme.

The third concept is closer, but still not there. To her credit, Mikayla requests a phone call. Although the other services also offer the option of calling your designer, Mikayla is the only one to proactively contact me. With an in-depth explanation of preferences, such as why I want a three-tiered end table (top shelf for a reading lamp, middle shelf for magazines, bottom shelf for books), she returns a design much, much closer to what I want.

Havenly offers the most variety in selecting a designer as a standard part of the setup, giving you several to choose from after you take the quiz. (Others allow you to choose from many designers by skipping the quiz or by paying extra.) Designers have up to 17 badges designating special expertise (the aforementioned Colour Connoisseur, for instance). It gives profiles and portfolios for the designers, and when they will be available.

Havenly’s questionnaire asks questions the other don’t, asking me to rate patterns, materials such as acrylic, wood and steel, and to name my favourite clothing. Presumably, this gives designers more insight into my lifestyle.

The result again features an accent wall, this one in grey, which must be having a moment. That aside, the Havenly designer, Andrea, does the best job of zeroing in on my taste on the first try, although I don’t think all of the items work – such as the bed with a headboard too tall to accommodate the poster over it.

Modsy is best for people who find it difficult to picture a finished room from a two-dimensional drawing. Modsy creates fairly realistic-looking 360-degree virtual rooms. With your computer and mouse, you can spin the room to any angle. It lets you digitally swap furniture around yourself, using the style editor tool. If you have the higher-end package, a designer will do it for you.

The Modsy designer makes only the changes I had said I was open to, which is good and bad. I am comfortable with the result, but by not pushing my boundaries, the room isn’t much different from what I have. Modsy does offer one radically different design in grey and white. It looks great, but reveals a problem with these services. Most of my house is already grey and white. I want the bedroom to be a radical departure from the rest of the house. Having not visited my home, no online designer could know that.

So how good were the final designs? We asked Jonsara Ruth, a professor of interior design at Parsons School of Design in New York, to evaluate them. “None of these feel very sophisticated,” she says. “They feel cut-and-paste. More like beginners’ school projects.” To be fair to the designers, she says, creativity may have been stifled by the “clunky” software that renders the rooms, and by the limited selection of products in the catalogues.

To my eye, design differences among the services were pretty subtle. Satisfaction with the final designs probably has less to do with the particular site than with the designer it pairs you with. As good as an algorithm might be, there is some luck involved. None of the designs made me want to spend $10,000.

But if it is, as Ruth says, beginner level, it’s a level higher then I possess. If I had an empty room, and didn’t have the time or inclination to find and buy everything to pleasingly fill it, any of these services would be a vast improvement over what I might do myself.

There are reasons, besides design quality, to consider an online designer. They offer the same sales and discounts as the catalogues they represent, but consolidate the purchasing and shipping for you. You can buy from multiple stores using the one site.

Of course, many of the catalogues these services represent, such as West Elm, Pottery Barn, and Crate and Barrel, for instance, also have design services that are sometimes free. But you get only a limited selection through them, not choices for many of them, as the third party services do.

Cheryl Durst, chief executive of the International Interior Design Association, an interior design trade group, says she is confident that online services won’t replace interior designers, and in fact might be the gateway to bringing in more clients. In the meantime, Durst says, “from a convenience standpoint, these sites are incredible”.