Later in the afternoon, members of his administration met with local officials, first responders, and healthcare and service providers for a roundtable discussion on the governor’s CARE Court plan.

“The last four hours here in Fresno started with the governor and a few members of our team from the state on ride-alongs, seeing what’s happening here in Fresno County,” said Mark Ghaly, Secretary of the California Health & Human Services Agency.

“In the roundtable discussion, I had the privilege of listening to a whole host of county and city leaders, as well as individuals from our courts. So we heard firsthand what people in Fresno are hoping to get out of the program.”

How Can CARE Court Help the Homeless and the Mentally Ill?

CARE Court aims to provide care and services to individuals with mental health and substance abuse disorders who may also be homeless.

The governor unveiled the plan earlier this month by laying out a framework that would require the state and counties to work together on the best practices to tackle these issues. The model aims to deliver clinical support, medication and stabilization support, and housing, Ghaly said.

“It’s a model that really says we need to change our paradigm,” said Ghaly. “Partner across all of government, state, county, city government, work with our critical partners to focus on a group of individual people in California, our residents here in Fresno County as well as those who suffer from some of the worst mental health illnesses that we know.” 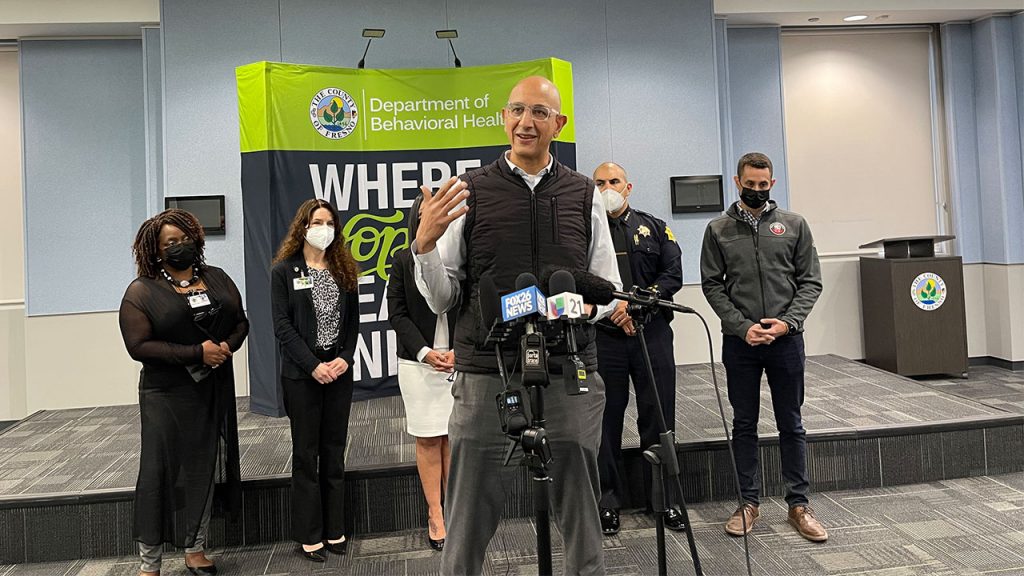 The housing plan can look a variety of different ways, said Jason Elliott, senior counselor to the governor.

Some people would need interim housing that is clinically enriched with lots of support services, while others could be integrated into a community site-based model.

“We want people in housing that supports them, but not in all cases does housing through a care plan mean government-funded or government-run,” said Elliott. “It can be grandma’s house or a wife’s house.”

However, controversy has accompanied one aspect of the governor’s plan: forcing people with severe mental health illnesses into court-ordered care. Early estimates are that this could affect 7,000 to 12,000 people. 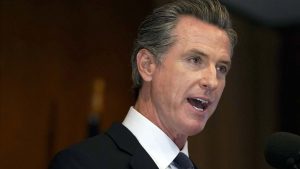 Gov. Gavin Newsom is out in the state explaining some of the details about his Court Care initiative to help people with mental illnesses and reduce homelessness.  (AP File)

Some advocates for homeless people have objected to forced care, but Newsom says it is past time to talk about civil rights when people are in distress.

“There’s no compassion with people with their clothes off defecating and urinating in the middle of the streets, screaming and talking to themselves,” said Newsom.

The governor also said that his plan would offer a way for people to get court-ordered psychiatric treatment, medication, and housing before they are arrested.

Other homeless advocates cite the high cost of housing as the reason for the explosion of homelessness in California.

“The problem of homelessness is caused by the cost of housing, and we won’t solve homelessness, mental health or substance abuse problems in our communities by locking people up and drugging them against their will. New funding for housing and services would be good, if we also keep in mind that people don’t lose their civil liberties just because the government wants to help them, no matter how sincerely.”

Susan Holt, interim director of Fresno County Department of Behavioral Health, shared that while they have an impressive group of clinicians, peer support professionals, psychiatrists, nurses, and clinicians in Fresno, they still face many challenges. 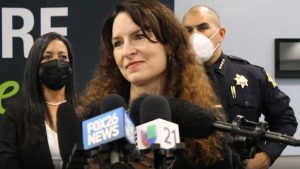 Holt hoped that the roundtable discussion would bring more opportunities to prevent the consequences of untreated mental illnesses — starting with erasing the stigma about mental health disorders.

Holt shared that even in her own family, mental health issues went back several generations but were not always talked about because of the stigma.

“Stigma about mental health and stigma about substance use disorders has been around for a long time,” said Holt. “Knowledge about behavioral health is the ticket to destigmatizing..”

Ghaly echoed Dr. Holt: “Getting through the systems is hard enough. To need to do it with a great deal of stigma in and around you just makes it all the harder.”

Fresno Police Chief, Paco Balderrama was part of the roundtable discussion and said that many of these issues are interconnected. 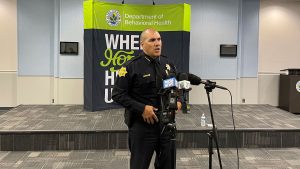 “There are currently more than 5,000 people in the city of Fresno who are homeless and it is clear that many of them suffer from addictions and mental health problems,” said Balderrama.

While CARE Court has to be approved by the Legislature, Balderrama hopes that it will be adopted and implemented in Fresno.

“We want a better program that can give assistance to these individuals and not just depend on the police because, frankly, the police department is not adequately trained or have the necessary resources to offer these type of services,” said Balderrama.

How Do You Make A Title Insurance Claim?

Take Refuge this Winter with Soothing Earth-Based Hues from Dulux