The Murray State Board or Regents approved further public-private housing partnership negotiations and the first reading of an expanded bereavement policy at its quarterly meeting Friday.

The board voted to allow the finance and administrative services team to negotiate its public-private housing partnership with a final, yet unnamed, firm to develop a preliminary agreement by June 3. A final agreement is projected to be announced in the fall.

The university has opted for a public-private partnership to share the risks of upfront costs and operations. Early in the process, a stakeholder committee of students, faculty and staff from different areas of campus served as a “sounding board” to give the developers feedback.

“This process is much like how we’ve handled Sodexo [food services] and SSC [custodial services] in the last few years,” Jackson said.

“The key thing to hit up front obviously is these possible development partners have a lot of expertise,” said Ryan Jensen, a director with Brailsford & Dunlavey, an advising company contracted by the university to aid in this decision-making process. “They deliver thousands of beds on campus every year — not only deliver but operate and manage — which ultimately flows down to the best experience for the students.”

Ultimately, the team determined replacing 60-year-old buildings outright would be simpler and more cost-effective than modernizing them.

The university’s bereavement leave policy, once the board approves the proposals second reading, will afford staff three days of paid leave after the death of a close relative, now encompassing grandparents, grandchildren, foster children and domestic partners. A second tier will allow two days of paid leave for the death of aunts, uncles, nieces and nephews. And a new third tier will allow a half-day off for other relatives, associates, close friends and current and retired Murray State employees.

“Not everyone mourns the same way. Not everyone has a funeral. It really includes more opportunities when we need that time to grieve,” Shemberger said.

The board also approved a second reading of the university’s updated parental leave policy, which would extend parental leave for eligible Murray State employees to up to six weeks of paid leave within 12 weeks of the eligible birth or adoption of a child to be used in lieu of accrued sick leave, vacation leave or family and medical leave.

“This is a benefit that is very exciting for the university, not only from a recruitment standpoint but also retention,” said Director of Human Resources Courtney Hixon.

Angela Lampe, associate director of facilities design and construction for Murray State, shared more about the $12.2 million bond projects to update aging portions of the campus. This includes the heating, ventilation and cooling system in Lovett Auditorium — projected to be completed by May — followed by the windows and doors in September or October.

Upgrades to the exterior lighting on Gilbert Graves Drive is now underway, and the lighting near the Engineering and Physics building is next. This is intended to improve lighting color and fill dark spots on campus.

Renovation of the pedestrian bridge crossing Chestnut Street is projected to go out for bid in April. . Work on an amphitheater, electrical infrastructure and more for Woods Park will begin in phases, starting this summer.

The board approved a six-year capital plan to pursue other state-funded projects, including a new nursing building, Applied Science building renovations and Mason Hall renovations.

Murray Mayor Bob Rogers and Calloway County Judge-Executive Kenny Imes proclaimed the week of March 8, 2022, as “Murray State Centennial Celebration Week” within the city and county. After signing the proclamation alongside Board of Regents Chair Eric Crigler, Jackson noted the accompanying centennial book is currently in its final editing stage.

“You certainly are an integral part of our city,” Rogers said of Murray State. “We want to join in your celebration of your 100-year anniversary.”

Other centennial-themed events will include an awards luncheon on April 22, a community birthday celebration from July 1-3 and a centennial gala on Oct. 29, running alongside an upcoming podcast titled “Stories from the Finest Place We Know.”

Other MSU Board of Regents business included: 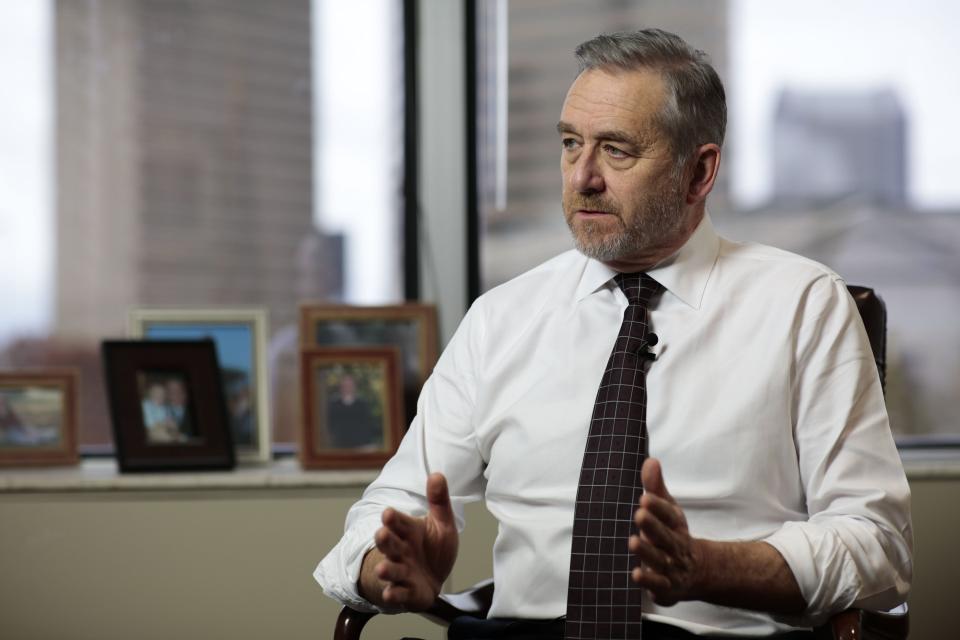