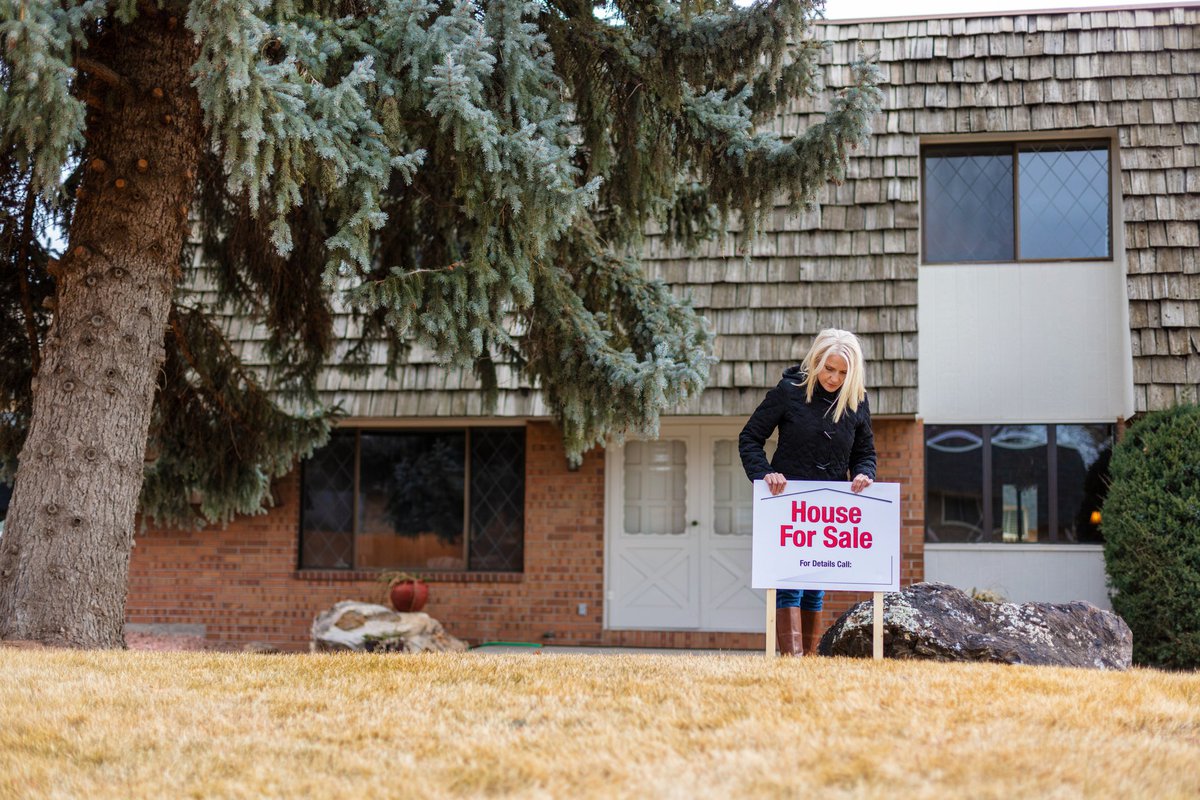 Since 2020, would-be home buyers have been grappling with sky-high property values. In February, the median price of a home sold was $357,300, according to the National Association of Realtors. That marks an increase of 15% from just a year ago.

At the same time, though, home sale numbers were lower in February than they were in January. The total number of previously owned homes that sold last month declined by 7.2%. And if that trend continues, we could start to see a much-needed drop in home prices on a national level.

Why buyer demand may be waning

Home sales for February were just 2.4% lower compared to the same month a year ago, but they dropped sharply from January. And a big reason has to do with rising mortgage rates.

Although mortgage rates started off the year at competitive levels, they’ve risen steadily during 2022. And that trend could continue for one big reason.

The Federal Reserve recently announced the first of several rate hikes this year. And while the Fed is in charge of establishing the federal funds rate (the rate banks charge one another for short-term borrowing purposes), its actions can influence consumer borrowing rates, including mortgage rates.

Will home prices start to come down?

A big reason so many buyers clamored for homes in 2021 was that borrowing for a mortgage was unbelievably affordable. And while today’s mortgage rates are still fairly competitive from a historical standpoint, they’re already not nearly as competitive as they were last year.

If higher rates prompt a large number of buyers to pull out of the market this year, we could see far fewer bidding wars. And that’s important at a time when housing inventory is still very much at a low.

If home sales continue to decline and home prices follow suit, then buyers may have better luck in this year’s housing market than last year’s — despite rising mortgage rates. But ultimately, it’s too soon to tell how home prices will fare.

Last year, many experts predicted that home prices would continue to rise in 2022. That may hold true even as mortgage rates climb due to a glaring lack of inventory.

As of February, there was a mere 1.7-month supply of available homes on the market. For context, it takes a supply that’s roughly four times as robust to create an equalized housing market where neither sellers nor buyers have the upper hand. And given that many sellers are still facing uncertainty related to the pandemic and the economy (thanks, inflation), we don’t know how quick they’ll be to list their homes.

If inventory remains low, buyer demand could remain high even as it gets more expensive to finance a home. So whether 2022 ends up being a good year for home buyers is yet to be determined.

A historic opportunity to potentially save thousands on your mortgage

Chances are, interest rates won’t stay put at multi-decade lows for much longer. That’s why taking action today is crucial, whether you’re wanting to refinance and cut your mortgage payment or you’re ready to pull the trigger on a new home purchase.

The Ascent’s in-house mortgages expert recommends this company to find a low rate – and in fact he used them himself to refi (twice!). Click here to learn more and see your rate. While it doesn’t influence our opinions of products, we do receive compensation from partners whose offers appear here. We’re on your side, always. See The Ascent’s full advertiser disclosure here.

Do I Need HOA Approval for Gutter Replacements in Northern Virginia?