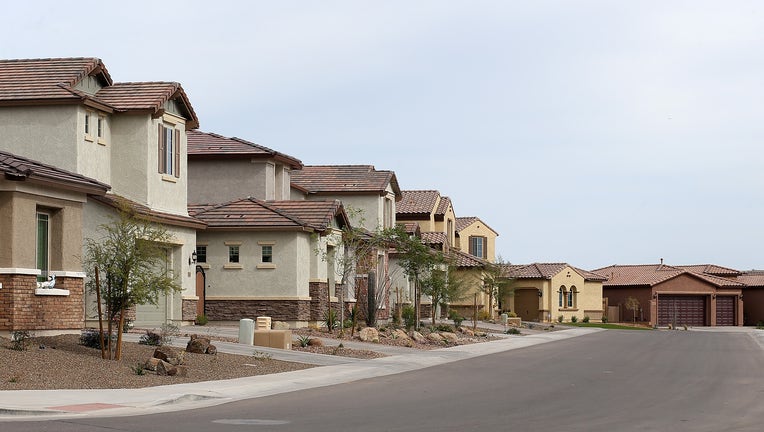 PHOENIX – It’s no secret that the housing market is hot in many parts of the country, including Arizona.

Now, there are figures that show just how hot Arizona’s housing market has become, with new data showing that 97% of metro areas within the U.S. are overpriced.

Here’s what you should know.

What are the figures saying about Arizona’s housing market?

According to data by Moody’s Analytics, three housing markets within Arizona rank among the country’s most overvalued markets: Lake Havasu City-Kingman, Flagstaff, and Phoenix-Mesa-Scottsdale.

Read more: Here are the top 25 most overvalued housing markets in the US

How do they determine if a particular housing market is overvalued?

This overvaluation is compared to the historical norms of local household incomes, rents, and construction costs.

What is causing the overvaluation?

Mark Zandi, the chief economist at Moody’s Analytics, noted that many of these markets were “juiced up” because of previously low mortgage rates and the implementation of remote work during the COVID-19 pandemic.

Specifically for the housing market in Phoenix, loan originator Ian Sullivan said for years, Phoenix has been an undervalued market, and it was only a matter of time before prices went up.

Does this mean we are headed for a crash?

Economists are not predicting a crash at this time.

However, they also say they do not expect the overevaluations to last. Zandi predicted that prices will start falling within the next few years.

“I wouldn’t be surprised if some areas [begin to see] some outright price declines, relative to the record high prices we’re seeing right now,” Zandi said.

Zandi, however, also said that homebuyers will need to be patient.

“It’s not like the stock market, which could change in an instant,” said Zandi. “The housing market takes time to kind of work through all of this. It’s not going to be next month or the next six months, it’s probably the next year to three or four to see all of this unfold.”

What else could cause a slowdown in the housing market?

An Associated Press report in April states that an increase in interest rates is setting the stage for a slowdown in home sales, as the increased borrowing costs reduce would-be buyers’ purchasing power.

Read More: As Federal Reserve continues to raise interest rate, here’s what you should know about its impact on Arizonans

Sullivan said, however, that raising the interest rate could help lower demand for houses, but not substantially, especially considering the amount of new jobs available in the Phoenix area.

Read other Housing stories on FOX10Phoenix.com

What should people do?

For his part, Sullivan still advises people to buy sooner rather than later.

“Time in the market is beneficial to the investor, and that’s what this is. It is an investment,” said Sullivan.

Sullivan also said a lot of people who are currently in starter homes might need to stay there for a bit longer, until they can save more money.